Women’s History is such an important topic to learn about any time of the year. Do you remember making paper doll chains when you were little? The kind where you cut the paper and if done correctly you’d end up with adorable paper dolls linked together. Well, I thought it would be awesome if my daughter learned to make them in honor of Women’s History…but I also realize its 2020 and girls are not just cutesy carbon copies of each other!

This post may contain affiliate links, which means I receive a small commission, at no extra cost to you, if you make a purchase using this link.

I want my daughter to grow up knowing about lots of amazing women and girls that impacted Women’s History, which is why we’re reading these fascinating biographies throughout the month (and all year long). I want her to know she can be anything she wants to be.

Then it hit me…

Years ago I saw a campaign that showed the familiar restroom symbol for women. You know the one that looks like a stick figure wearing a dress? Well they said #itwasneveradress, you can read more about it here. I was blown away at the shift in perspective that it was a cape, not a dress, because yes, women are superheroes!

Inspired by that campaign and hoping to continue the tradition of paper doll making, I decided to combine the two ideas. My daughter LOVED drawing all different superhero girls wearing capes that featured their interests based on some of the books we’ve already read. I think your children will too!

After several attempts at trying to remember how to fold and cut the paper correctly, I decided to make this seamless for you. I created a FREE printable so you can easily make your superhero paper dolls. You can find it here along with our FREE clickable & printable Women’s History Book List, reading log, and sticker chart! Watch this tutorial video to see the FREE printable in action…

1. “Herstory: 50 Women and Girls Who Shook Up the World” by Katherine Halligan and illustrated by Sarah Walsh. An incredible book featuring 50 women who changed the world, each with a beautiful 2-page overview of their impressive lives!

2. “For the Right to Learn: Malala Yousefzai’s Story” by Rebecca Ann Langston-George and illustrated by Janna Rose Bock. The Story of Malala Yousafzai, youngest person to receive the Nobel Peace Award & amazing activist for female rights!

3. “The Oldest Student: How Mary Walker Learned to Read” by Rita Lorraine Hubbard and illustrated by Oge Mora. The story of Mary Walker, formerly enslaved, who lived through the Civil War and Civil Rights Movement, learning how to read when she was 116 years old, teaching us you’re never too old to learn!

4. “Miss Moore Thought Otherwise: How Anne Carroll Moore Created Libraries for Children” by Jan Pinborough and illustrated by Debby Atwell. The story of Anne Carroll Moore, who created the first children’s room at the New York Public Library & lead the path for children to be able to borrow books & welcomed into libraries!

“You must take action. You must do the impossible. Because giving up is never an option.” ~ Greta Thunburg

7. “Brave Girl: Clara and the Shirtwaist Makers’ Strike of 1909” by Michelle Markel and illustrated by Melissa Sweet. The incredible story of Clara Lemlich and her leadership role in the shirtwaist makers’ strike of 1909!

8. “The Quickest Kid in Clarksville” by Pat Zietlow and illustrated by Frank Morrison. The story of two young girls in Clarksville, Tennessee who compete to be the fastest runner & find friendship through their mutual admiration of Wilma Rudolph, who was the first woman from the U.S. to win 3 gold medals at the same Olympics!

9. “The Kid from Diamond Street: The Extraordinary Story of Baseball Legend Edith Houghton” by Audrey Vernick and illustrated by Steven Salerno. The story of Edith Houghton, who played professional baseball on an all female team when she was just 10 years old (because she was THAT good), traveled with the team to Japan by train & ship, & more!

10. “Mary Wears What She Wants” written and illustrated by Keith Negley. A fantastic story inspired by Mary Edwards Walker, a trailblazing 19th century doctors who decided as a school girl that she wasn’t going to wear those stuffy dresses anymore, no matter what people thought!

“You must come to terms with the reality that nothing outside ourselves, be it people or things is actually responsible for our happiness.”  ~ Mary Edwards Walker

11. “What Miss Mitchell Saw” by Hayley Barrett and illustrated by Diana Sudyka. The story of Maria Mitchell, astronomer and the first person to see a comet. She saw it from her home in Nantucket in 1847 and won a medal of recognition!

12. “Queen of Physics: How Wu Chien Shiung Helped Unlock the Secrets of the Atom” by Theresa Robeson and illustrated by Rebecca Huang. The amazing story of Wu Chien Shiung, the Queen of Physics, whose parents believed in educating girls when most did not, who self taught, became a leader, should have won numerous Nobel Prizes based on HER work & more!

14. “Evelyn the Adventurous Entomologist: The True Story of a World-Traveling Bug Hunter” by Christine Evans and illustrated by Yasmin Imamura. The story of Evelyn Cheesman, who helped turn the London Zoo Insect House into a phenomenal educational place, went on 8 solo expeditions at a time when a woman doing that was unheard of, collected over 70,000 insect specimens & more!

15. “Maya Lin: Artist-Architect of Light and Lines” by Jeanne Walker-Harvey and illustrated by Tiemdow Phumiruk. The story o f Maya Lin, Artist-Architect chosen as the winner of a contest to design the Vietnam Veterans Memorial when she was still a college student!

17. “Nina: Jazz Legend and Civil-Rights Activist Nina Simone” by Alice Brière-Haquet and illustrated by Bruno Liance. The story of Nina Simone, jazz legend & Civil Rights activist, mesmerizingly illustrated in black & white & told in the form of a lullaby to her daughter!

18. “Shark Lady: The True Story of How Eugenie Clark Became the Ocean’s Most Fearless Scientist” by Jess Keating and illustrated by Marta Alvarez Miguens. The story of Eugenie Clark, known as the “Shark Lady” for her fearless research on sharks proving sharks were smart, could be trained, do in fact rest, & we are much more dangerous to them than they are to us!

19. “Ordinary Extraordinary Jane Austen: The Story of Six Novels, Three Notebooks, a Writing Box, and One Clever Girl” by Deborah Hopkinson and illustrated by Qin Leng. The story or Jane Austen, who was not rich or famous for her works during her lifetime; as most of her books were published with the title page saying “by a lady”. Now, more than 200 years later she continues to be thought of as one of the most extraordinary writers of all time!

21. “She Loved Baseball: The Effa Manley Story” by Audrey Vernick and illustrated by Don Tate. The story of Effa Manley, who never accepted “That’s just the way things are”. An activist who fought for the right for Black people to be able to work in Harlem. Business manager & co-owner of the Brooklyn Eagles in the 1930’s! In the 70’s she was still fighting strong for Negro League players to be inducted into the Baseball Hall of Fame, which eventually they were!

“People say, ‘Don’t live in the past.’ But I guess it depends on how interesting your past is.” ~ Effa Manley

22. “Alabama Spitfire: The Story of Harper Lee and to Kill a Mockingbird” by Bethany Hegedus and illustrated by Erin McGuire. The story of Harper Lee & the events that inspired & led up to her writing “To Kill A Mockingbird”. Also how she remained reclusive not wanting the fame that came her way.

24. “Who Says Women Can’t Be Computer Programmers?: The Story of Ada Lovelace” by Tanya Lee Stone and illustrated by Marjorie Priceman. The story of Ada Lovelace, born with a vivid imagination and a mother who trained her to be a mathmatician. Not interested in the typical lifestyle of a 19th century woman, she continued to educate herself & realized the power a computer could have to not only process numbers but create things like pictures and music! Luckily for us she kept notes! 😉

25. “I am Sacagawea” by Brad Meltzer and illustrated by Christopher Eliopoulos. The story of an incredible young woman, who as a teenage was sent away from her family, married off, and became a translator for Lewis & Clark. She went with them on their expedition with her newborn, traveling over 2,000 miles! She knew which paths were best to take, how to find food, saved supplies that needed for their survival & more!

26. “Planting Stories: The Life of Librarian and Storyteller Pura Belpré” by Anika Aldamuy Denise and illustrated by Paola Escobar. The story of Pura Belpré, author, storyteller, & first Puerto Rican librarian in NYC. She received the lifetime achievement award from the NY Public Library. Now the ALA recognizes outstanding literature by Latinx authors and illustrators with the Pura Belpré award!

27. “The Only Woman in the Photo: Frances Perkins & Her New Deal for America” by Kathleen Krull and illustrated by Alexandra Bye. The story of Frances Perkins. She was once a shy girl who grew to become an activist, social worker, industrial commissioner, & Secretary of Labor for FDR. We have her to thank for Social Security, as well as, workplace regulations & fire safety laws that keep us safe!

29. “Amelia and Eleanor Go For A Ride” by Pam Munoz Ryan and illustrated by Brian Selznick. The story of the night Amelia Earhart & Eleanor Roosevelt went for a ride in an airplane in the middle of a dinner party at the White House!

“No one can make you feel inferior without your consent.” ~ Eleanor Roosevelt

28. “The Bluest of Blues: Anna Atkins and the First Book of Photographs” by Fiona Robinson. The story of Anna Atkins, illustrator, scientist, and the first person to create a book of photographs; using cyanotypes of her vast collection of seaweed plants, flowers, and other natural things!

30. “Strange Fruit; Billie Holiday and the Power of a Protest Song” by Gary Golio and illustrated on Charlotte Riley-Webb. The story of Billie Holiday & the powerful song she sang to spread awareness that challenged racism & paved the way for the Civil Rights Movement!

31. “How Kate Warne Saved President Lincoln: The Story Behind “ by Elizabeth Van Steenwyk and illustrated by Valentina Belloni. The story of Kate Warne. She was one of the first female detectives, who infiltrated the Golden Circle and learned of their plot to kill Abraham Lincoln before he was inaugurated. She devised a plan and helped get Lincoln safely to his inauguration!

Are you ready to join in? Remember Women’s History is an important topic any time of year not just in March, so join in when you can! 🙂 Have another book you love that features Women’s History? Let me know and I’d be happy to add it to the list! 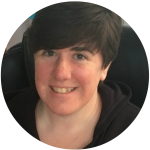